Marcus Stroman's departure from the New York Mets should not be questioned...or surprising 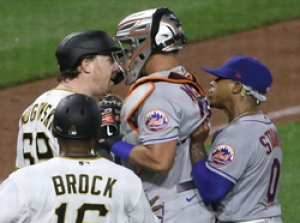 It was only a matter of time…and not long…before someone pulled out the “card” with regard to Marcus Stroman’s departure from the New York Mets.

Bias of any kind - race, religion, gender, etc. - is unacceptable in any realm, I despise any form of prejudice, bigotry, bias toward anyone or any group because they are deemed to be “different” or any reason for that matter.

In today’s times, people are so concerned with being politically correct, that they often over-compensate so as NOT to appear biased, when, at times, they are actually tipping the scales of bias in the other direction.

That being said...I am so damn sick and tired of people playing the “card,” whatever card it may be, when it is not justified, and there is no reality in what they are alleging. If there IS an issue with bias, prejudice, or bigotry by someone, then shame on them and they should be held accountable for that despicable behavior. But if someone is making a false claim for no other purpose than to further their own personal narrative and agenda, then, likewise, shame on them for being an opportunist and diluting the cause for righteousness.