Is It Time To Get Serious Yet?

OK...so the Mets are winners of the National League's Eastern Division. They will be playing the Dodgers in the first round of the playoffs next week. But has anyone noticed what is happening? The Mets came off a brutal homestand where they lost six of nine and went to Cincinnati to play the dreadful Reds. They ended up sweeping the Reds in the four-game series, with Game 3 the division clincher. So what do they do for an encore? They headed to Philadelphia and got embarrassed and swept in the three-game series by the lowly Phillies.

And now they get humiliated in a day-night doubleheader at the hands of the Nationals. The shame of it all is that Noah Syndergaard and Matt Harvey turned in the most dominating performance by a Mets duo in a doubleheader since Jerry Koosman and Don Cardwell upended the Pirates in a mid-season doubleheader in 1969. That was the famous doubleheader where both Mets starters won by a 1-0 score and each drove in the game's only run. 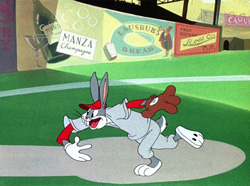 Syndergaard threw seven innings in Game One, striking out 10. His only blemish was a solo homer in the seventh inning and handed the game over to the bullpen with the score tied. The bullpen yielded two runs and the Mets lost 3-1.

Then in the nightcap, Harvey went pitch for pitch with Max Scherzer...at least for a little while anyway. Harvey was overpowering and struck out 11 batters in six innings, yielding a single unearned run. But Scherzer was even more overpowering. In fact, Scherzer struck out 17 Mets enroute to his second no-hitter of the season as the Mets lost 2-0.

Scherzer and the Mets pitchers combined to strikeout 35 batters, shattering the previous record of 31 for two teams in a nine-inning game.

There are some things to be concerned about. Steven Matz was being heavily counted on to be in the starting rotation. He has now come down with a back injury that could keep him off the post-season roster. Wilmer Flores is having stiffness and has been out of the lineup. Juan Uribe's injury looks like it could keep him off the post-season roster. Yoenis Cespedes has cooled off and is still hurting from being hit on the fingers by a pitch. Travis d'Arnaud has gone cold at the plate. Tyler Clippard looks exhausted.

The only positives seem to be that Lucas Duda appears to be coming around and Sean Gilmartin, who probably won't be on the post-season roster, turned in another good performance. Oh...and Harvey, Syndergaard, and Jacob deGrom look as poised as ever to dominate any team that gets in their path. But you still have to score a run to win a game!

The Mets will have to win their final game of the season to have 90 wins. It may be only one game, but 90 definitely sounds a lot better than winning ONLY 89. And they need to finish off on some kind of a high note. They are running out of time to get out of the funk and get hot.